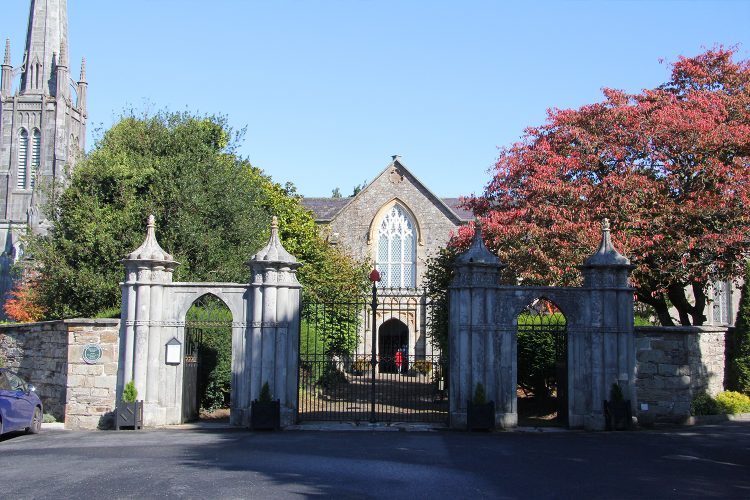 Mark 10.44-11.2 44…and whoever wishes to be first among you must be slave of all. 45For the Son of Man came not to be served but to serve, and to give his life a ransom for many.’ 46 They came to Jericho. As he and his disciples and a large crowd were leaving Jericho, Bartimaeus son of […]
Read More

We are entering the season known as Creation- tide in September/October, which leads to our Harvest celebrations. The schools returned are looking at God the Creator in their RE programme, and we look forward to our Harvests, Animal Service and Saint Francis’ Day. Creator God, the whole earth sings of your glory. From the grandeur […]
Read More

Sunday 22nd August was a great day when the new exhibition space created to display the ancient carved stones was dedicated by Dom Richard Purcell, Abbot of Mt Melleray and the Dean, following morning service.  The Cathedral architect, Margaret Quinlan, remarked that all the work undertaken during the last eighteen years has, up till now, […]
Read More

An important part of the life of any library is the acquiring of new items for the collection. So far this year we have been very fortunate in having several interesting items donated. We were especially delighted to receive a wonderful “Commonplace Book” as a donation from Philip and Susie Wingfield. It is handwritten and […]
Read More

SAINT PATRICK In school assemblies we often reflect that Patrick was an unlikely patron saint for Ireland. Apart from having an initially negative experience of this land, he was also quite hesitant about himself. As you can see later, he struggled with his lack of fluency and learning, which he saw in others. However, Patrick […]
Read More
Page 2 of 8«12345...»Last »
Search Articles
About St. Carthages Cathedral

Saint Carthage was given this site as he and his companions journeyed in exile. Deep in the DNA of this place is pilgrimage and hospitality. The cathedral continues to be a gift we all share, and hope you will share by visiting.

Posts
Upcoming Events
Archives
© ST. CARTHAGES CATHEDRAL 2020 | Built at Red Heaven Design
Our live stream is about to begin
click here to watch
Live stream in progress
In order to provide you with an optimal website and so that we can continually improve it, we use cookies.
By continuing to use this website, you consent to our use of cookies. More information about cookies is available in our privacy policy